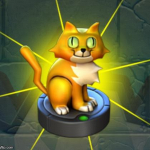 "Yea that's it yellowbellies run like Garfields happy life & Hack Hater!! Lest I kill ya." xD

P.S. I'd like to thank the people of this wiki; Bash (who was patient enuf with mah stoopid questions-sadly I've more), the founders of this Wiki, Kevin (whom I had a tiff with earlier-so sorry bout that me friend-hands up already Ok?), Deadcyrax (who made pages for me-keep it up bro!), Bossman too (a blackhat-shh), Su (MY MASTER arguably the best player in Android xD), Spear (he's frenly eenuf), Feedback13 an SG Wiki old hand who was kind to us newbies, Vwex my troll buddy nowadays, to the rest of the contributors and Gameloft-for a great game-you've got me hooked!

P.P.S. (Post Postscript) Thanks too Fabien buddy sir fer addin me on your Facebook account-who'd ever guess you'd be as handsome as meself yeah (Wut?! But yuh wearin Death's Hood Kudarat!?). And Danial me friend cuz you've looked me up-I've already added yer humble self sir.

"You can't kill me."
—Cultists, Six-Guns

"Been a long time since I've seen my own blood."
—The Lord Marshal, The Chronicles of Riddick

"Convert now... or fall forever."
—The Lord Marshal, The Chronicles of Riddick

"Ask yourself bub, have you ever killed me?! Don't think so bub unless you've one-hit kill." xD

Totally enjoyed Showdown in the Canyon-especially the Gauntlet run shootout with the bandits. Makes one feel invincible!

Trolling with my brother from another mother: In the Men's Room with Vwex :o --just followed him there!! Wut are we doin here Vwex buddy??!!

It happened to me! My most embarassing death-Death by Final Blow!!  ;(

Trolling with my compatriot MasterSergeant-HH. Whacha doin down there Kudarat?! Nub! No glitch as usual  :(

"Sittin by my trusty chair in Dead Oak with a dead Cultist on my lap, ahh this is The Life!"-Armchair Six-Gunnero

5000! Skill, Strategy & Power
Add a photo to this gallery

My Wishlist (it's New Year) to Gameloft:

Thanks much fer actin on mah wishlist buddies! You've nerfed that stoopid Hand o' Kisin, made available mah beloved Hand Dragons through that new weapons console (no more goin through the dang shop) and made a new league point system to boot! I can just see meself pattin you guys on the back but yuh see, me and Buck's and (finally) Fabien off tuh hunt fer more hackers. See ya round boys (and girls).

Who'd ever guess that the league's purty much the same-Gameloft never changed it! Anyhow what's important's I'm goin up in it somehow..it's cuz maybe lots o folks been banned after the Madness update. Great! xD Suffering succotash  :/

Just like how the Japanese gaming companies do it-this prevents any hacking at all anymore! Jeez just came in from the matches-it's really now full of one-hit killers. And to think that the Trickster update would be any good.. Six Guns' really trashed now. :(

Retrieved from "https://sixguns.fandom.com/wiki/User:Kudarat?oldid=108764"
Community content is available under CC-BY-SA unless otherwise noted.